Fix MS Office 2007 DOCX File that is Unable to Open

Microsoft Office 2007 uses .docx file extension as the default file format to save and access Word documents. In this article, you will hopefully find out why MS Office 2007 is unable to open DOCX files and what measures to take in case your MS Office 2007 not opening DOCX files. Also, find the download links to download Remo Repair Word to reliably fix inaccessible MS Office 2007 .docx files.

Microsoft Office Word is probably one such program that is used more often than any other application on a Windows based computer. In fact, there probably is a large amount of crucial business related information in Word documents stored on your PC. Many a times, Microsoft Word documents end up with having errors and sometimes it happens that the MS Office 2007 not opening DOCX files.

Follow these steps to recover your important information from a Word file that refuses to open:

It is quite possible that the Word documents fail to open due to permissions issues or file sharing problems, in case of networked environments. In cases of stand-alone properties too, Microsoft Office files may refuse to run as the data file itself is corrupted or due to other issues, that will be discussed in the later section.

The key to address the issue wherein Microsoft Office 2007 is unable to open DOCX files is to getting to the core of the error to identify them and following these methods to get over them.

The first thing is to check for any networking issues: In a networked surrounding, the DOCX documents may get blocked by Microsoft Office Word on a network to avert them being accessed by more than one user at a time. In such cases, you can always make another copy of the .docx file and open it with ease.

If you want to avoid all that hassle to overcome the issue of the Microsoft Office Word files being inaccessible, and if you wish to reliably repair MS Office 2007 .docx files that are not opening, here’s what you have to do. Download and make use of Remo Repair Word in order to get your DOCX files fixed within minutes. This is a professional tool to fix corrupt or inaccessible Microsoft Office documents and extracting all information that is important to you. Word files that are corrupt due to various critical errors including virus infections, downloading errors, issues due to improper usage and more can be easily addressed using this powerful DOCX file repair software.

Step 1: Download and install Remo Repair Word on your computer. Run the software and browse the MS Office 2007 file and click "Repair". 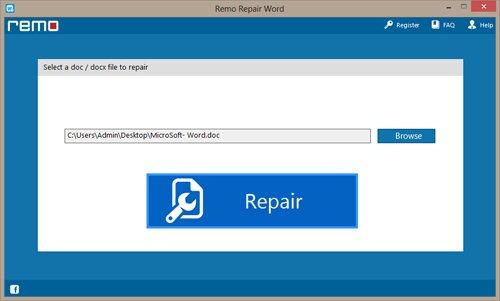 Step 2: You can view the repair progress through progress screen once the application starts the repair process. You can hit "Cancel" to interrupt the process. 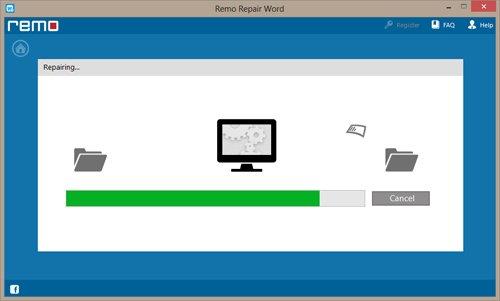 Step 3: After the repair process gets completed, you can preview the DOCX file by using "Preview File" option.

Step 4: Click on "Save" button to save the repaired MS Office 2007 DOCX file to any desired location. 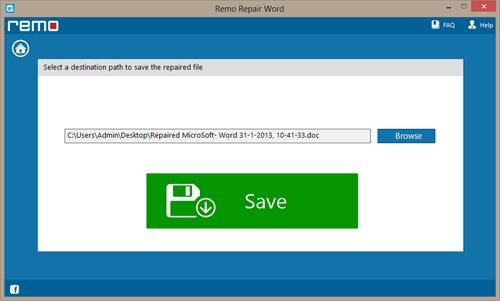 Copyright © Remo Recover, All Rights Reserved - All other trademarks acknowledged
This site best viewed in Firefox, Chrome or IE9 and above