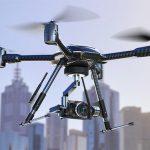 Drones are the latest verge of the whole photography industry. Combining top-notch cameras with steady video stabilization you can now capture nature’s true beauty in a new angle. However, most of the drone operators tend to crash their drones. Unfortunately, these crash not only damages the drones, sometimes it might even result in loss of
Read More

Microsoft provided Windows 10 Media Creation tool for burning Windows 10 onto your USB/DVD drive, this makes Windows 10 upgrading process even easier. But, for some users “we can’t find a USB flash drive” error message pop up when they try to select the USB device to create a Windows 10 ISO USB or while
Read More 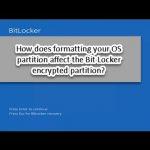 About BitLocker encryption Bit Locker is a way of protecting your hard drive by means of full disk encryption. It protects your hard drive from offline attack, meaning your data will be protected when a malicious user gets access to your hard drive physically. BitLocker makes the drive unreadable, so the data on it cannot
Read More 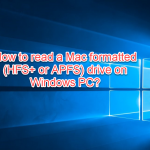 Windows systems, by default, cannot read from Mac formatted drives. So when you connect a Mac formatted (as in HFS+ or APFS) drive to Windows system, it will offer to erase it and format it in order to make it compatible. However, if you’ve foreseen that you are going to use a particular device on
Read More 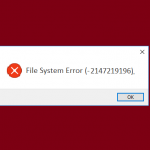 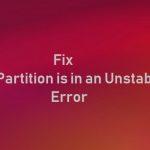 “NTFS partition is in an unsafe state. Please resume and shutdown Windows fully” is the error message encountered by users who are running dual boot Windows 8.1/10 either with Linux or Ubuntu. Typically, this error code appears when you are working on Windows partitions through Linux or Ubuntu. You don’t have to worry about Windows
Read More 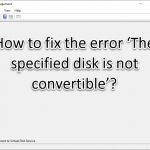 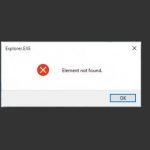 The error “Element not found” appeared on Windows systems, is nothing but an explorer.exe error. Typically, “Element not found” error message emerges when the user tries to open an installed application, Microsoft Edge, File Explorer, Command Prompt, Settings, image files using default image viewer, etc. Tutorial to Fix Element Not Found Error: In most of the
Read More

Its usual for hard drives to consume space as and when files are added. But what’s bizarre is when the hard drive fills up in a short period of time and gives you a low space warning. Here, in this blog, we address this issue of hard drive space (C: drive) filling up too quickly
Read More

The latest Windows operating system versions like Windows 8, 8.1 and 10 can mount ISO image files without using any third-party ISO mounter. Wherein earlier Windows systems, you need a tool to mount image files. However, few users are still unable to make use of this enhancement added in the newest Windows editions due to
Read More